Women’s soccer: why building a fanbase is a complicated puzzle for clubs

Home News Women’s soccer: why building a fanbase is a complicated puzzle for clubs

Women’s soccer: why building a fanbase is a complicated puzzle for clubs

As the NWSL enters its fourth year and its financial future uncertain, clubs have a question to answer: should they focus on youngsters, or try to build an adult supporters culture? 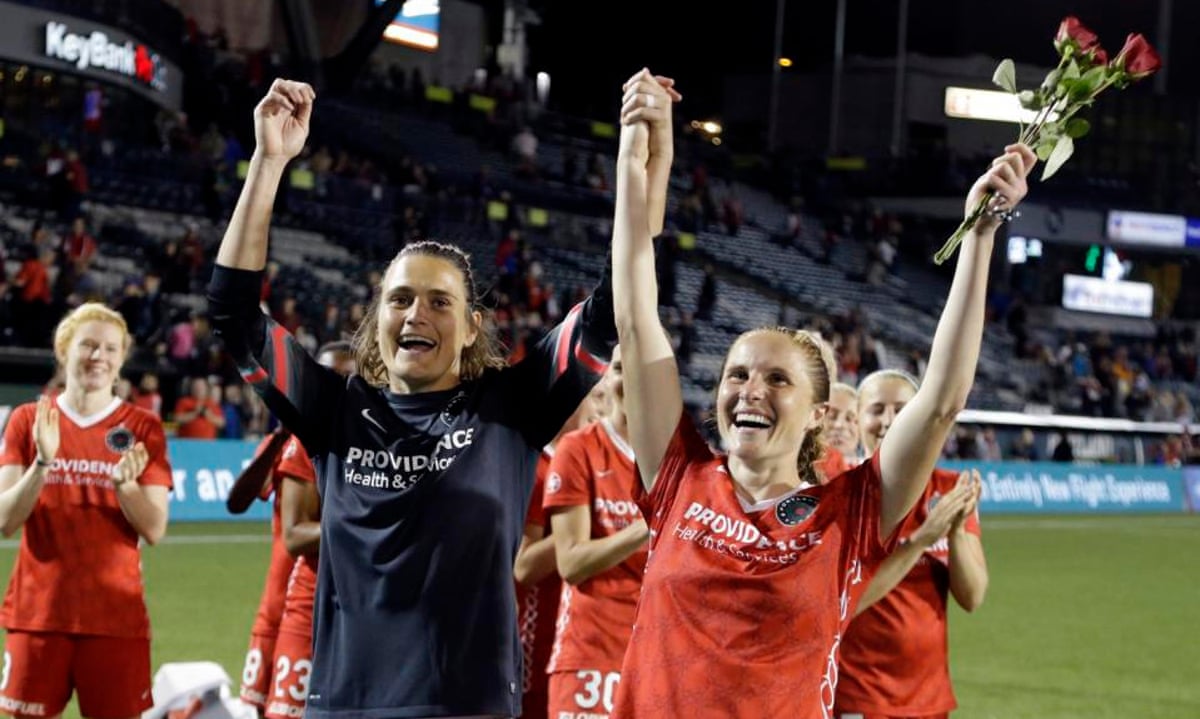 What does the average womens soccer fan look like?

That probably depends on who you ask and where you are. But in the long-term, should everyone have the same answer?

Its a debate that has existed since the first US womens league started 16 years ago and it has yet to be settled: should clubs target a family-friendly crowd of youth soccer players, or is an adult-oriented supporters culture the way forward?

With the National Womens Soccer League entering its landmark fourth year this month, and the future of US Soccers financial support for the NWSL looking more uncertain by the day, its a question clubs are under pressure to answer. And yet, a clear consensus remains elusive.

Instead, the clubs around the NWSL are each finding their own way to fill stands, constantly trying to find the right balance of immediacy and long-term growth.

Were still learning how to market ourselves better and how to build a fanbase, said John Power, co-managing partner of the Boston Breakers, about the NWSL as a whole. Doing a better job with the people who are already paying attention to us is, at the moment, probably seen as a better business investment than trying to get new people paying attention.

Though NWSL clubs often compare notes on their marketing techniques and successes, there is no single strategy defined at the league-level. And that leaves clubs with different approaches and different-looking fanbases to match.

If Herm Sorcher, Sky Blue FCs new head of business development, had one phone call to try to convince someone to attend a game at Yurcak Field, he wouldnt hesitate.

The New Jersey-based club was last in NWSL attendance last season, drawing just 2,189 fans per game. Creating the sort of atmosphere that automatically draws fans is difficult with a small crowd, and Sky Blues immediate emphasis is on filling the stands by another 30%, or around 2,500 fans per game. That means going after an established demographic: girls who play soccer.

The reasoning in some ways comes down to competition. In crowded sports markets like Boston, Chicago, New Jersey and Houston, womens soccer needs to compete with professional teams that are already drawing sports fans, and soccer-playing girls will be easier to win over than fans already being targeted.

My first question when I joined the Breakers was: whats our value proposition? What are we selling? The answer was female role models, Power told the Guardian. I think its a good answer, but its a limiting answer. The question becomes: is there a way to market this beyond guys who are just bringing their daughters, and is it possible to market it to soccer fans?

Sit in the stands at Providence Park at any point during the NWSL season and the atmosphere wont feel much different than a Major League Soccer game. The Portland Thorns averaged 15,639 fans last season and the heart of the stadium is the North End, the pulsating supporters section where men and women wave flags, bang drums and chant.

The Thorns are arguably the most well-attended womens soccer club in the world. Part of that comes from the distinct advantages that make the Timbers on the mens side one of MLS success stories including a lack of competition from other local sports teams. But part of that is the clubs alluring culture that ensures fans want to come back.

The approach seen around the rest of the NWSL is not that dissimilar from how MLS started back in the early 1990s. For many clubs, their initial target demographics consisted of soccer-playing children and their families. Over time, that shifted and evolved to a more grown-up soccer-savvy demographic seen across the league.

I do think that the evolution we saw in MLS should and will happen in the NWSL, said Mike Golub, president of business operations for the Timbers and Thorns. Girls who look up to these players will always be part of the audience, but the supporters culture that makes soccer so distinct needs to be cultivated.

But theyre not mutually exclusive strategies, Golub added. If there are clubs that dont have quite the supporters culture that we have, they have more pressure to sell tickets and get people in the building, but hopefully its not at the expense of cultivating supporters culture.

Looking at MLS trajectory, it seems having a team with a fan base like the Thorns may put the NWSL ahead of the curve. In Portland, Thorns games do attract more women than Timbers games do, but about half of the Thorns 10,000 season ticket-holders are men.

Orlando Citys new womens team, the Pride, appear to be trying to find a similar path to the Thorns. The club expects a season ticket-holder base of about 5,000 in its first year and, so far, 10 percent of them are Orlando City season ticket-holders. The Prides key demographic will skew more toward women, families, and children, but a supporters group called The Crown is already in place, too.

For the first year, people will probably want to go to a game and see what the atmosphere is like, said Teresa Tatlonghari, Orlando Citys head of marketing. The same thing happened with Orlando City it took some time to build that fan base up. But what our research tells us is that anyone who goes to our games loves the games.

Its a more difficult challenge for non-MLS affiliated NWSL teams that lack an established fan base. Comparatively, those teams also operate on shoe-string budgets, making it difficult to redirect resources to strategies that wont yield immediate results. While Portland has a staff of roughly 90 supporting the Thorns, the Breakers general manager must balance top-level duties with smaller tasks, like getting game-day programs ready.

But tweaks to the game day experience whether its the food, the music or other components can be used to appeal to more than just the established youth market that remains the core fan base.

What were realizing is, we can speak to different groups differently, Power said. We dont have to have one value proposition.

And for now, that may be the way forward. NWSL clubs may not be able afford to stop targeting their core base of girls who play soccer. But they may be able to creatively find ways to foster support similar to what is seen in Portland.

The Timbers front office did not create the Timbers Army or the Rose City Riveters on the Thorns side, the two groups that give matches at Providence Park an electrifying atmosphere. But Golub believes the front office created the conditions to let those groups flourish. That includes establishing a relationship with supporters groups, giving them a voice in club decisions and offering resources.

If Im a soccer club at any level, Im identifying potential champions and leaders in my supporters group and Im trying to encourage them to grow, Golub told the Guardian. You see smatterings of it in the NWSL its starting to happen. If Im any NWSL club, I would put a lot of emphasis on how I can help that movement grow even more.

Perhaps one day, every professional womens soccer club will have a similar-looking demographic of fans, including robust supporters groups. But for the NWSL season beginning in two weeks, different strategies will continue to play out and the debate will rage on.